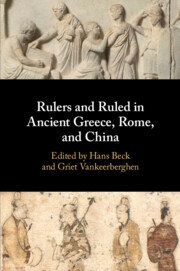 Rulers and Ruled in Ancient Greece, Rome, and China