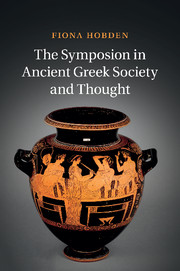 The Symposion in Ancient Greek Society and Thought