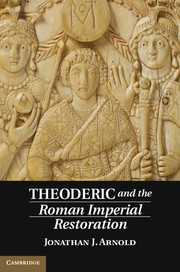 Theoderic and the Roman Imperial Restoration