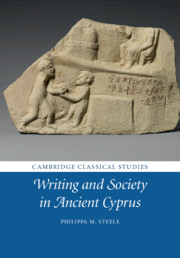 Writing and Society in Ancient Cyprus