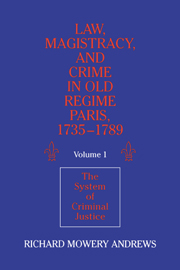 Volume 1. The System of Criminal Justice