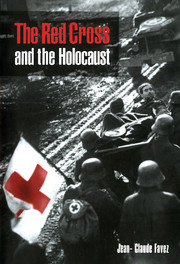 The Red Cross and the Holocaust