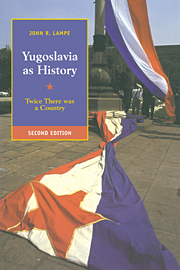 Yugoslavia as History
Twice There Was a Country