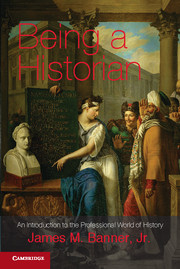 Being a Historian
An Introduction to the Professional World of History