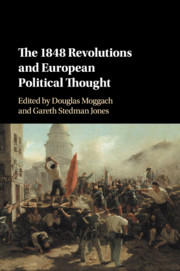 The 1848 Revolutions and European Political Thought