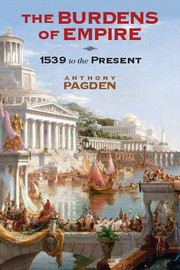 The Burdens of Empire
1539 to the Present