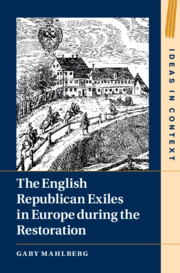 The English Republican Exiles in Europe during the Restoration