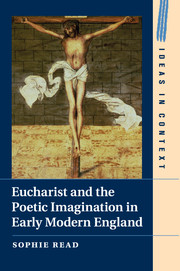 Eucharist and the Poetic Imagination in Early Modern England