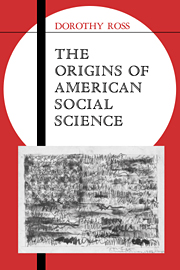 The Origins of American Social Science