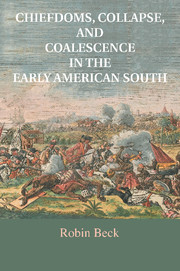 Chiefdoms, Collapse, and Coalescence in the Early American South