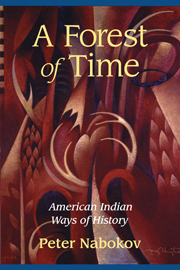 A Forest of Time
American Indian Ways of History