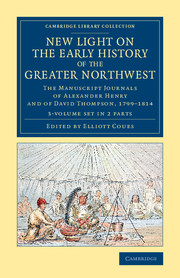 New Light on the Early History of the Greater Northwest
The Manuscript Journals of Alexander Henry and of David Thompson, 1799–1814
2 Volume Set