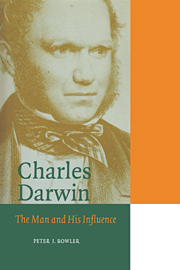 Charles Darwin
The Man and his Influence