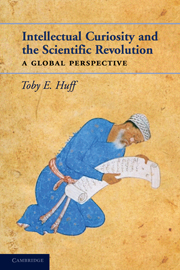 Intellectual Curiosity and the Scientific Revolution
A Global Perspective