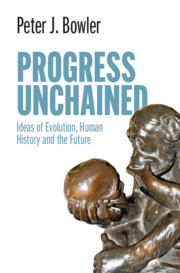 Progress Unchained
Ideas of Evolution, Human History and the Future