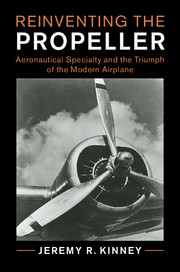 An Interview with Jeremy R. Kinney