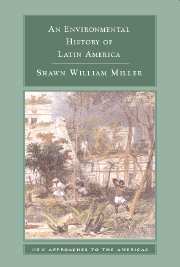 An Environmental History of Latin America