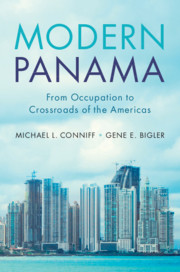 Modern Panama
From Occupation to Crossroads of the Americas