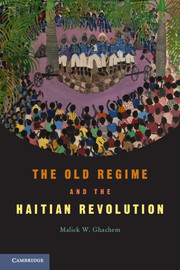 The Old Regime and the Haitian Revolution