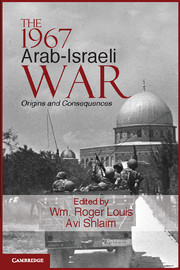 The 1967 Arab-Israeli War
Origins and Consequences