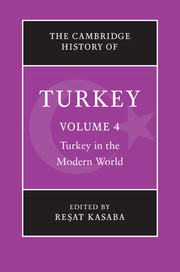 Volume 4. Turkey in the Modern World