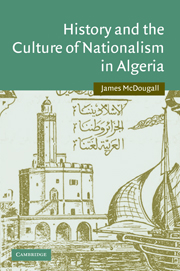 History and the Culture of Nationalism in Algeria