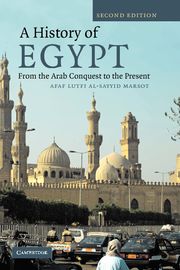 A History of Egypt
From the Arab Conquest to the Present