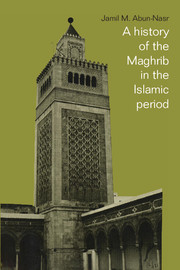 A History of the Maghrib in the Islamic Period