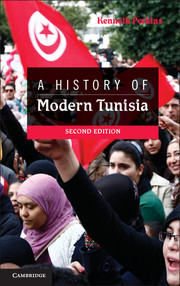 A History of Modern Tunisia