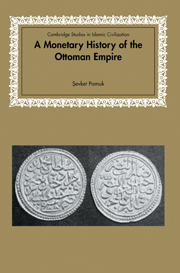 A Monetary History of the Ottoman Empire