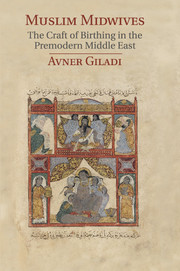 Muslim Midwives
The Craft of Birthing in the Premodern Middle East