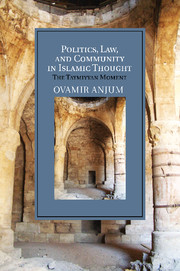 Politics, Law, and Community in Islamic Thought
The Taymiyyan Moment