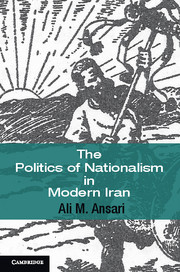 The Politics of Nationalism in Modern Iran