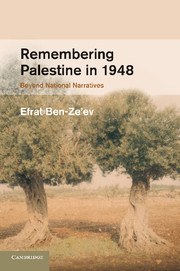 Remembering Palestine in 1948
Beyond National Narratives