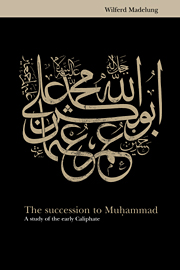 The Succession to Muhammad
A Study of the Early Caliphate