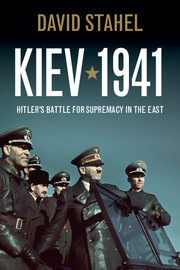 Kiev 1941
Hitler's Battle for Supremacy in the East