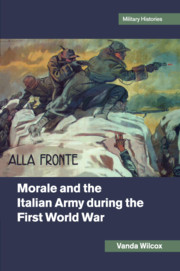 Morale and the Italian Army during the First World War