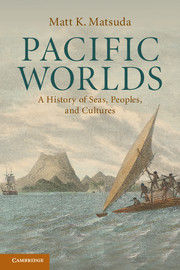 Pacific Worlds
A History of Seas, Peoples, and Cultures