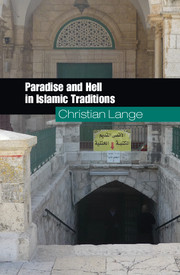 Paradise and Hell in Islamic Traditions