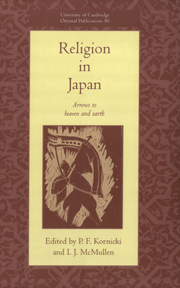 Religion in Japan
Arrows to Heaven and Earth