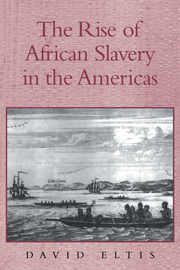 The Rise of African Slavery in the Americas