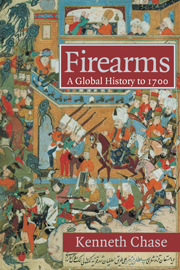 Firearms
A Global History to 1700