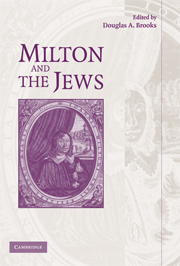 Milton and the Jews