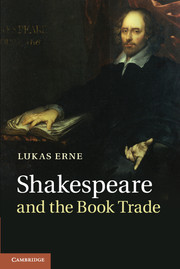 Shakespeare and the Book Trade