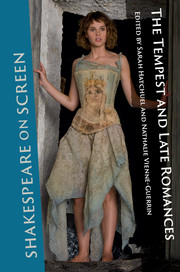 Shakespeare on Screen
The Tempest and Late Romances