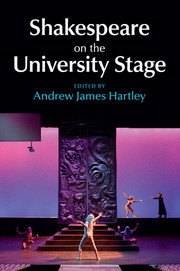 Shakespeare on the University Stage