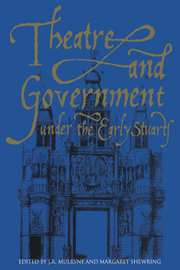 Theatre and Government under the Early Stuarts