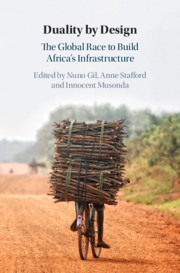 Duality by Design
The Global Race to Build Africa's Infrastructure