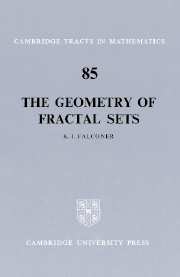 The Geometry of Fractal Sets