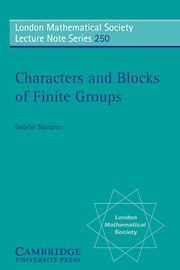 Characters and Blocks of Finite Groups